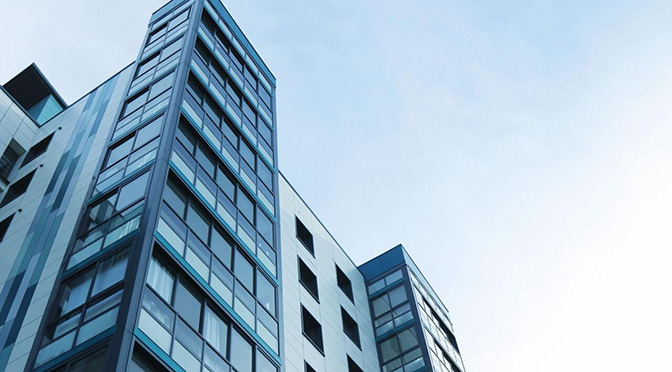 The rise in flexible working and the impact on commercial leases

Flexible working spaces are set to enjoy growth of up to 30% annually for the next five years across Europe, according to a new report from property firm Jones Lang Lasalle (JLL). The move away from traditional offices to flexible workspaces will change the way thousands of businesses organise their workforce and has been described by JLL as one of the biggest shifts in the property industry.

Already, companies such as WeWork have capitalised on the growing need for business agility and the demand for office space by offering spaces that allow clients to shrink or grow their number of desks or the period they need them for. In fact, since its formation in 2010, WeWork is already the largest private office occupier in London and New York.

In the UK capital, flexible office providers have snatched up a sixth of all new commercial property – and that’s only half the story. Last year, Manchester and Birmingham saw the fastest growth in coworking operators as facilities such as BE Offices are increasingly used by large multi-nationals who need to expand or reduce their workforce in line with peaks in demand and volume of work.

At 360, we’ve found the benefits of working in the Basepoint centre to be well worth the hype. By sharing space with a number of businesses ranging in size and industry, our professional network has enjoyed expansion as we’ve built relationships with key contacts throughout the building. Of course, the shift towards flexible workspaces presents both challenges and opportunities for landlords, who will have to respond to changing tenant requirements if they are to protect their investments.  In a bid to attract potential tenants, we can expect landlords to increase the flexibility of their leases and explore new licence agreements with shorter terms or more frequent break rights.

At the turn of the Millennium, the average lease length was 16 years. Today, leases last between five to eight years – and as the need for business agility increases amidst growing uncertainty, we’re seeing a rise in short-term leases that allow for flexibility. For coworking spaces, Contract terms typically range from three months to 2 years but are sometimes even negotiable on a month-on-month basis.

Co-working spaces may be seen as the more flexible solution, but ultimately, it all comes down to the terms of the lease or licence. If leases are negotiated for a longer term with more break rights, the landlord can gain peace of mind while the tenant gets the option to end the lease early should circumstances change. Business tenants would be wise to bear in mind, however, that break rights tend to be interpreted strictly. It is therefore imperative that tenants oppose conditions that could stop them from exercising their right to a break.

Naturally, the costs for coworking spaces will tend to be higher per square foot when compared to similar space taken on a traditional lease basis – after all, you’re paying for the convenience and flexibility.

For growing organisations with expansion plans on the horizon, negotiating provisions that allow for such growth in their lease or licence agreement is critical. Such provisions might allow a tenant the option of occupying more space in the building should it become available – a right of first refusal agreement, for example, would ensure the tenant was offered the space prior to any third-parties showing interest.

Before entering into any contract, however, it’s essential to seek legal advice to ensure that the terms of the contract reflect your requirements as a business. Most importantly, you should always be aware of how you can terminate the lease or licence and what will be considered a termination event.