Simon has over 22 years’ of experience as a commercial, civil and property litigator, including 9 years at Irwin Mitchell. Simon also presents webinars on contract and property law and the English legal system.

Simon qualified as a solicitor in 1996 and specialised in civil, commercial and property litigation ever since. Simon had previously worked for four law firms progressing from trainee to partner and creating and heading up his own litigation department. He previously worked for small and medium sized practices but his longest spell was with one of the largest law firms in the country, Irwin Mitchell.
Simon became a consultant in 2017 after 20 years in conventional private practice and was looking for a fresh challenge. As well as his consultancy work, he undertakes some legal tutoring work and presents webinars on contract law, landlord and tenant and the legal system.

Simon successfully led two reported High Court cases of Re I Fit Global Limited (2013) relating to unfair prejudice petitions under s994 of the Companies Act 2006 and Eyland & Sons Limited v TSL Turton (2014) Limited and Bond (2015) dealing with conversion of manufacturing equipment in a claim for over £600,000.
Simon also dealt with two cases in the Court of Appeal; Skeavington v Bradder (1999) relating to Charging Orders and Legal Aid and Sheffield City Council v Smart (2002) which related to Human Rights and residential possession orders. 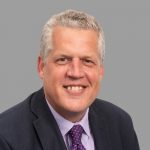