Sonia is a Solicitor who specialises in Employment law. Over her 24 years of practice, she has worked on a variety of interesting cases at top 200 law firms.

I am from the UK

I have largely worked in law firms recognised as being in the top 200 law firms in the UK. I have previously acted as Head of Department as well as working in teams. My clients have ranged from blue chip companies, multi-nationals with satellite offices in the UK, owner managed businesses as well as working in the charitable sector and with senior executives. I became a consultant in 2007, recognising that a more flexible way of working was more rewarding for me and meant that I could provide clients with a more responsive and commercially viable service.

I am a specialist in Employment Law.

I was one of the first lawyers to have a successful claim reported for breaches of the 48 hour rule under the Working Time Regulation 1998, in the case of Comptonv St Regis Paper Company Limited IDS Brief 669, September 2000. I have also advised and successfully defended a claim at first instance for the security company Firm Security Group Limited who were the second Respondent in the very important case of ADI (UK) Limited v Willer and Others 2001 IRLR 542, on the important issue of whether employees automatically transfer in a service contract under the Transfer of Undertakings (Protection of Employment) Regulations 1995. 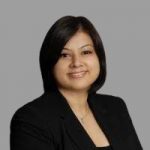