Robert Johnathan Pitman qualified in 1975, educated at Cambridge university. His specialities include Marine and Capital markets with special responsibility for Latin America.

I am from the UK/England & Wales

Educated at Cambridge University; 10 years in city in Marine insurance company, with special responsibility for Latin America. Travelled extensively in region, speak Spanish, Portuguese, French. Worked for Clifford Chance for 10 years in marine and capital markets, based in New York. Last 25 years in sole practice, specialising in all aspects of Commercial law.

Pupillage as Barrister in admiralty chambers, which led to job in the city in marine insurance. Then transferred to CC and requalified as solicitor. Transferred to NY because of my knowledge of Latin American/Languages where I worked in Capital markets. After setting up in sole practice in 1996 covered maritime law and general commercial. 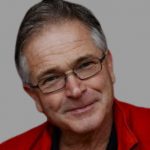