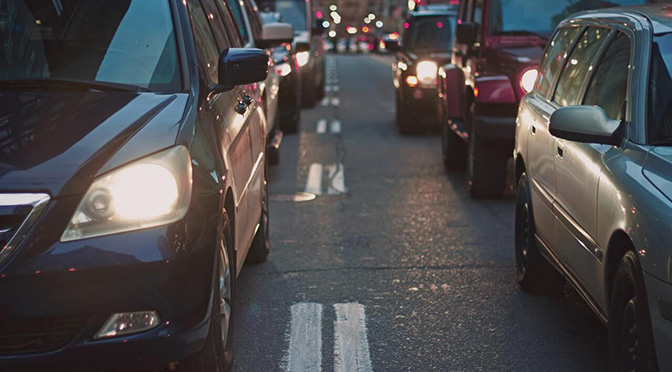 All new cars to have speed limiters by 2022

Following the approval of a European Transport Safety Council proposal, all new cars will be fitted with speed limiters by 2022. In a move that campaigners hope will drastically improve road safety, all new cars sold in the UK and Europe will be fitted with a system called Intelligent Speed Assistance (ISA), which will use GPS data and traffic sign recognition systems to limit the car’s engine power.

Similar to the speed limiters available on cars today, the device is designed to automatically stop drivers exceeding the speed limit but can be overridden with a hard push on the accelerator. If, for instance, a car needs to overtake a lorry on a motorway and enters a lower speed limit area, the driver of the vehicle can temporarily override the system to complete the manoeuvre. Unlike our current systems, however, the new speed limiters will sound a warning for a few seconds and display a visual warning until the car is operating at or below the speed limit.

By 2022, the ISA system will become mandatory alongside a raft of other safety measures such as advanced emergency braking, lane-keeping assistants and black box data recorders. The Department for Transport has also confirmed that the UK will adopt the same measures whatever the outcome of Brexit.

While the naysayers may be critical of these ‘big brother’ style controls, it’s estimated the move will cut road traffic collisions by 30%. What’s more, the EU says the plan could help avoid 140,000 serious injuries by 2038 and aims ultimately to cut road deaths to zero by 2050.

Yet, the idea that cars are to be fitted with “intelligent speed assistance” is likely to upset many drivers; the concept of having “spy technology” on board that records your every move is understandably met with some scepticism. Critics would argue that it all depends on circumstances, and a little speed is necessary in certain situations.

However, the new system as it’s currently designed will not force drivers to slow down – rather, it will be fitted in vehicles as a measure to raise awareness of what the speed limit is and to encourage drivers to consider their actions carefully in these moments. Temporary override is still possible, and much like the cruise control in many cars at present, it will simply hold a particular speed until you push the throttle.

It is the introduction of black box recorders that will inform police and insurance companies as to the behaviour of the driver following an accident. If the data from the black box shows the driver has repeatedly ignored warnings, the police won’t look favourably on the driver. New rules may aid in reducing accidents, but the real problem stems from a lack of proper education on the consequences of dangerous driving. New technology can encourage you to slow down and keep tabs on your driving habits, but it cannot make you a better driver.

Ford, Mercedes-Benz, Peugeot-Citroen, Renault and Volvo already have models available with some of the ISA technology fitted. Last month, Volvo issued a statement to say it would stop cars from going faster than 180 kilometres per hour (112 miles per hour).

Volvo is also considering other technology that could put stricter speed limits on cars driving near schools and hospitals.

“We want to start a conversation about whether car makers have the right or maybe even an obligation to install technology in cars that changes their driver’s behaviour,” said Volvo CEO, Håkan Samuelsson.

The EU rules must now be formally approved by member states and the European Parliament. For more information about road safety laws present and future and how they could affect you, don’t hesitate to get in touch with a member of our team.