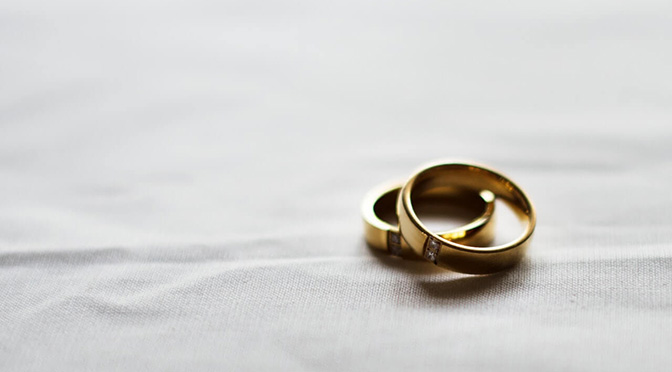 They may be considered the most unromantic aspect of an engagement, but a prenuptial agreement can make all the difference should the couple choose to separate later down the line. Of course, that doesn’t make the concept of creating one easier to broach with your partner – after all, nobody wants to be the pessimist.

However, while prenuptial agreements may get a bad rep for leaving a sour taste in the mouth of a happy couple, they are simply a practical form of legal protection that far too many people avoid creating for fear of upsetting their other half.

Considering money issues are a leading cause of conflict in a marriage, coming to an agreement on key financial matters prior to the wedding can ensure everyone is on the same page in the event that the relationship breaks down.

What is a prenuptial agreement?

Simply put, a prenuptial agreement is a legal agreement that a couple makes prior to their marriage that details exactly what would happen to their finances should they seek a divorce or separation in the future.  Within this legal document, the couple sets out any  rights to any property, debts, income and other assets purchased together or acquired individually.

Do I need a prenup?

Years ago, prenuptial agreements or ‘prenups’  were considered a measure that only the rich and famous needed to take in order to protect their wealth in the event of a divorce. Today, prenups are growing in popularity for couples – whether you need one all depends on your financial situation.

If any of the following apply to you, it a prenup could be the right decision:

Are prenups legally binding in the UK?

Prenuptial Agreements are not formally binding in England and Wales. The Courts still look at what is fair in the circumstances to determine whether or not the agreement is enforceable. Prenuptial agreements are regarded by courts as persuasive and often decisive in many applications for financial relief following the breakdown of a marriage.

The current approach by the Courts is as established in the Supreme Court case of Radmacher v Granatino from 2011:

“The court should give effect to a nuptial agreement [PNA] that is freely entered into by each party with a full appreciation of its implications unless in the circumstances prevailing it would not be fair to hold the parties to their agreement”.

In 2010, the Supreme Court recognised prenuptial agreements as enforceable under UK divorce law in the now famous case of Radmacher vs. Granatino. German heiress Katrin Radmacher had married French investment banker Nicolas Granatino in 1998, and to ensure Ms. Radmacher’s £106m fortune was protected in the event of a breakdown in the relationship, the couple signed a prenuptial agreement that stated neither party would benefit financially from the other in divorce.

Since both parties had received legal advice prior to entering into the agreement and it was entered into with full disclosure of each other’s’ finances, the Judges found in favour of Ms Radmacher and the prenuptial agreement was considered enforceable.

While this marked a turning point in UK divorce law, it’s important to note that UK courts still have the ultimate discretion to ignore any prenuptial agreement reached if it is deemed unfair to any children of the marriage or if they believe there was undue pressure put on one party or the other to sign the agreement.

If marriage is on the cards and you’re considering ca prenuptial agreement to protect your assets, we can help. With a dedicated team of family law consultants on hand for advice, you can count on us to protect your interests no matter how complicated the situation.