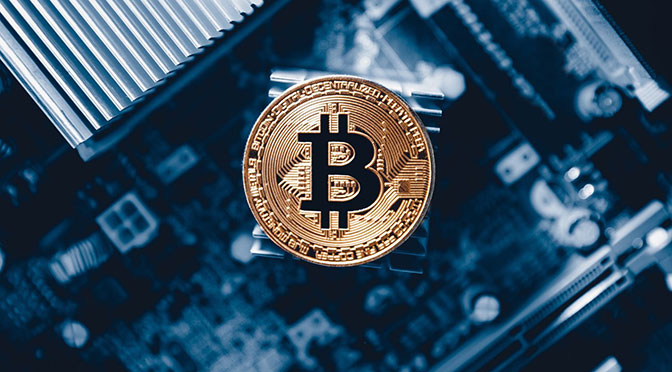 Bitcoin: a bubble or a breakthrough?

Perhaps you’ve heard of Ethereum, a currency that has risen by 2,500% over the last year. Maybe you’ve invested in one of the smaller cryptocurrencies that raised millions of dollars within the first few days following their launch. Or maybe you’re keeping a watchful eye on Bitcoin itself, a currency that recently surged to $11,000 in value, defying expectations of experts at JP Morgan.

In a market so volatile, can we rely on crypto-currencies to continue to prosper or are they simply speculative bubbles that will eventually burst once regulations are enforced?

Bitcoin was the first cryptocurrency to enter the market, and remains the biggest example of its type. Unlike other currencies like dollars or euros, Bitcoins aren’t printed – they’re produced by both businesses and individuals through mining. This is done through software that solves mathematical problems; software that takes immense processing power to achieve results.

It was invented by a software developer known as Satoshi Nakamoto in 2008, who proposed the concept of a currency that was independent of any central authority, benefiting from very low transaction fees as a result. This digital asset would be created through a combination of encryption, akin to the technology that protects the security of messages sent on ‘Whatsapp’, and peer to peer networking, the technology behind tools that enabled music piracy in the early 2000’s such as Morpheus, Limewire and Kazaa.

Upon making a transaction with bitcoin, a unique key is generated, similar to a password. However, unlike a password, there is no reset option with this key: it is stored as a record of your transaction and becomes a part of the history of all bitcoin transactions. This record is known as the ‘blockchain’.
This revolutionary technology has already proved a game changer global banking networks, threatening the state of play within the modern economic climate.

Should I invest in bitcoin?

Mark Carney, the Bank of England Governor has cited cryptocurrencies as a “revolution” in finance, stating that blockchain technology showed “great promise” in allowing central banks to strengthen their cyber security and transform the way in which payments are made between businesses and consumers. Further to this, hedge fund manager and “Bitcoin buff” has predicted Bitcoin to reach $40,000 by the end of 2018.

However, due to the criminal connotations that surround bitcoin transactions, it’s lackadaisical not to question whether inevitable regulations will have a negative impact on the value of this digital currency. While recent market activity has warmed the hearts of the wolves of Wall Street, well-renowned market analyst Robert Prechter has compared the surge in Bitcoin and other crypto-currencies to Tulip Fever or Tulipmania. This refers to a period in the Dutch Golden Age, in which the prices of certain fashionable tulip bulbs reached extraordinarily high levels before facing a terminally drastic drop once the bubble had burst.

While we can only speculate on the future of Bitcoin and whether it is a worthwhile investment, one thing is for sure: cryptocurrencies have challenged the conventional systems we associate with financial transactions and introduced us to new era of banking.