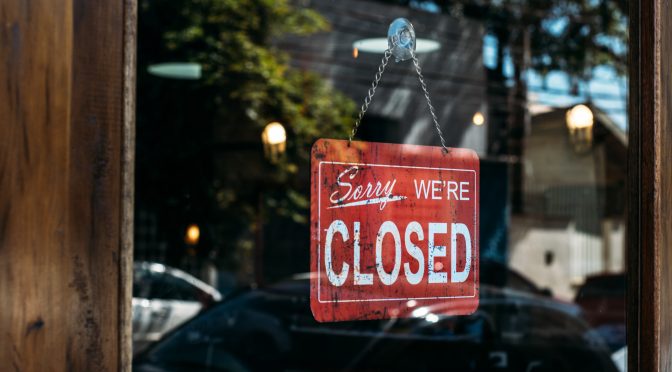 From the unrelenting pressure on the healthcare sector to supply chain challenges and disruptions in schooling, transport and employment, the effects of COVID-19 have been far reaching, placing a dual burden on both lives and livelihoods.

Consequently, courts across the world have seen an onslaught of litigation over health and safety, business interruptions, intellectual property and insurance after governments have imposed new restrictions to stem the spread of the virus. Inevitably, we have further tracked an increase in insolvency-related claims, employment tribunals, and breach of contract disputes, particularly in sectors such as travel, financial services and manufacturing.

Last summer, anecdotal evidence suggested there were at least 6,000 items of unanswered correspondence at Birmingham County Court, UK, while the delay of correspondence at Manchester Civil Justice Centre reached 10 weeks.  Inevitably, the impact of the pandemic on business operations, consumer activity and global economies suggests that litigation relating to COVID-19 is only set to increase.

In May 2020, we reported on the first wave of litigation that followed the initial outbreak of the coronavirus and subsequent restrictions. Now, eight months on and two lockdowns later, we explore the impact of the pandemic on the legal system and the string of Covid-related disputes that have arisen on the back of the new rules.

In the months following the first wave of the Coronavirus pandemic in the UK, headlines were dominated by stories of consumers who had been denied refunds for holidays they had paid for upfront but had been cancelled as a result of national lockdown measures. It was reported in the Times in late April that an estimated £7 billion had been spent by Britons on holidays that would no longer go ahead.

While almost all were entitled to refunds, many were unable to get back what they earned, receiving credit notes in their place. In response, the Competition and Markets Authority (CMA) launched the Covid-19 Taskforce to scrutinise market developments, identify harmful sales or pricing practices and take enforcement action where there is evidence of a breach in competition or consumer protection law.

Following a series of cases involving travel firms that were found to be in breach, the CMA released guidance to clarify that, where a contract is not performed as agreed, consumer protection law will generally allow consumers to obtain a refund, and in most cases this would be a full refund.

In the US, virtually no business has been left untouched by COVID-19. As can be expected in a crisis that abruptly tore the seams of key industries, a wave of consumer class action lawsuits was filed as a result of the disruption. Passengers of the cruise ship Grand Princess, for example, filed at least a dozen law suits against the tour operators for failing to inform them of the risk of infection aboard the ship.

Meanwhile, LA Fitness, 24 Hour Fitness and New York Sports Club left loyal customers out of pocket and forced to take legal action when the respective gyms continued to charge membership fees despite the premises being closed.

Contractual disputes and the problem of force majeure

As predicted, many companies have called upon the once rarely invoked ‘Force Majeure’ clause in cases where the economic ripple-effects of the pandemic have prevented them from delivering goods or services they had committed to prior to the biggest health crisis in modern times.

For instance, when a large logistics company suffered from a shortage in staff from illness, they struggled to get the workers in to fulfil the contract. Where a party is seeking to rely on this exclusion mechanism, they must be able to prove that the event falls within the clause and that non-performance was due to the event. Given that an outbreak of Coronavirus is an unforeseeable event not caused by either contracting party, does disease or epidemic count as a force majeure event?

While some companies have genuinely struggled to meet their contractual obligations due to the pandemic, others have been accused of jumping the COVID-19 crisis as an excuse for failing to meet obligations within a previously agreed timeframe. An example of this is a blue-chip company who found themselves midway through a factory build when the pandemic struck. The other party involved had been trying to delay the building of the factory and used the pandemic as an opportunity to do so.

During the 2008 financial crisis, it’s worth mentioning that judges tended to show little sympathy to claimants relying on force majeure type clauses, reminding parties of the risks of entering into commercial agreements. In the wake of the pandemic, the debate around whether force majeure clauses can be invoked has, so far, been settled by examining the exact wording used in the clause and the unique circumstances befalling the business.

As one might expect, business interruption insurance (BII) and the extent to which policyholders can lean on insurers to mitigate the impact of the lockdown has been the subject of argument for swathes of UK businesses. With many industries effectively put on pause in an attempt to bring case numbers and related deaths to a minimum, those who purchases BII would have assumed they were covered. In practice, this hasn’t proven to be the case.

Policyholders who purchased BII in its own right have seen more favourable outcomes – however, for the large majority who purchased the policy as part of a wider property damage insurance cover, claims have been a little more complex. For these policyholders, the challenge lies within the fact that the BII is tied to the property damage insurance: in order to claim on insurance, they have been required to show damage to their property.

Even outside of property damage, technicalities in the wording of BII policies have stood between businesses receiving financial support from insurers. While policies will list natural disasters such as storms or freak events like fire, many will not have a mention of disease or an epidemic of the scale we are seeing today. In turn, hundreds and thousands of businesses that were forced to close or faced significant losses were told their policies did not cover the restrictions.

This prompted the Financial Conduct Authority to bring a test case forward to the Supreme Court on behalf of policyholders seeking legal clarity. Finally, on a judgment handed down today (Jan 15th), the supreme court ruled in favour of policyholders and the City regulator. It said it “substantially allowed” the appeal by the Financial Conduct Authority (FCA) and campaign groups Hiscox Action Group and Hospitality Insurance Group Action. Following this decision, the UK’s insurance industry is expected to pay out almost £2m in coronavirus claims relating to the first lockdown, which includes business interruption insurance policies.

Considering the unprecedented nature of the pandemic and its effect on business, it isn’t particularly surprising to see a rise in legal disputes between employees and employers. Last year, we reported on the growing number of claims against employers from employees who felt that adequate measures had not been taken to safeguard them from the Coronavirus. Since then, the rise in cases relating to worker protections has continued.

In the US, there have now been 1,510 lawsuits (including 131 class actions) filed against employers due to alleged labour and employment violations related to the coronavirus. In the case of Hockersmith v. Elmcroft, the plaintiff had asked for FMLA leave after her doctor had given her orders to self-isolate as she was exhibiting coronavirus symptoms. The plaintiff claims the request was ignored, and that upon returning to work, she was fired immediately.

By September, that figure had climbed to nearly 40,000. While sitting days, video tribunals and the addition of more judges is helping to clear the backlog, the onus is on employers to proactively seek legal advice in the face of financial difficulty before making critical decisions relating to employees that could increase the risk of claims being brought against them.

For further guidance, contact our team today. No matter where you are in the world, our heavy-weight team of commercial and consumer litigators are available and ready to help you.