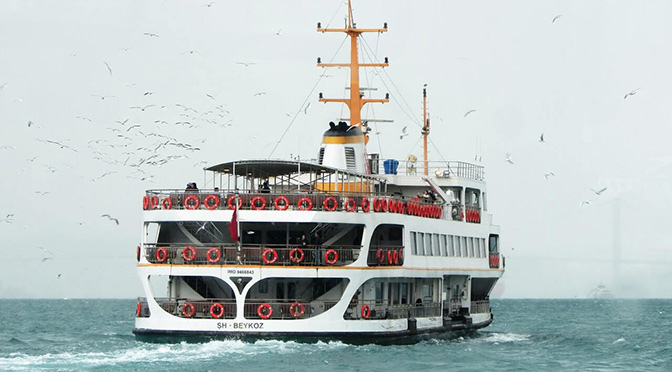 The Prime Minister may have succeeded in kicking the ‘Brexit’-labelled can down the road until October, but ferry company P&O are suing the government without delay over its £33m settlement with Eurotunnel, following the unravelling of the Department for Transport’s heavily criticised No Deal contingency plan.

In the latest controversy of the ongoing fiasco, the department was forced into the payout after failing to include Eurotunnel in its contracts with ferry operators to provide emergency cross-Channel services. The Department for Transport had struck deals worth £89m with P&O’s market rival Brittany Ferries and DFDS to secure routes for vital goods to flow in the event of a No Deal scenario, with forecasts warning of large-scale congestion on the routes to Dover and Calais/

Now, the leading ferry operator has sought legal action to contest the compensation awarded to Eurotunnel, claiming that the government’s decision to pay out puts their business at a “competitive disadvantage”.

A P&O Ferries spokesman said: “We can confirm that we have initiated legal proceedings against the government over its £33m payment to Eurotunnel.

“We have repeatedly made clear during decades of providing vital transport services between Britain and the continent that we are happy to compete with other providers on a level playing field.

“We also fully accept that it was prudent of the government to make contingency plans to protect international supply chains in the event of a hard Brexit.

“We do not believe that the payment of £33m of public money to Eurotunnel to settle its legal challenge to these plans is fair or reasonable. It is explicitly designed to be invested in the tunnel’s infrastructure and if left unchallenged would put our services at a competitive disadvantage.”

The No-Deal contingency plans quickly because the subject of ridicule when it was revealed that Seaborne, a ferry operator that had been awarded a £14m contract by the government, had copied their legal terms and conditions from a pizza delivery service site. Yes, you read correctly. Not only that, but the company hired to operate extra ferries as part of no-deal Brexit planning had no ships.

“It is the responsibility of the customer to thoroughly check the supplied goods before agreeing to pay for any meal/order,” read part of the text on the company’s website.

After that contract inevitably collapsed and the Eurotunnel settlement was announced, the Labour party calculated that mistakes on behalf of Chris Grayling in various ministerial roles has already cost the taxpayer a total of £2.7bn.

While the government maintains that it will not comment directly on the P&O challenge, a spokeswoman has stated that the government are confident that they acted appropriately in reaching an agreement with Eurotunnel. The legal case threatens to increase the cost of an already expensive episode for the government. As well as the £33m payout to Eurotunnel, the Financial Times reported that delaying Brexit will cost the government an additional £28m due to the wording of the contracts.